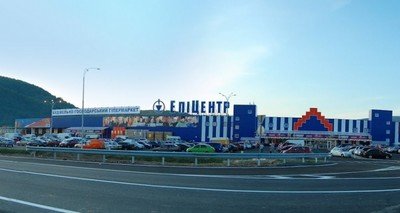 In mid-December 2016 to complete the reconstruction largest hypermarket Zakarpattya - "Epicenter K" in Mukachevo. On the general area of 10 thousand. sq. m. Add another 6.9 thousand. sq. m. retail space. Increase children's goods department "EPIC", has opened a new department of sports goods "Intersport", the department updated "military" and others. As always, shop equipment for the updated Market manufactured and installed the company "NIKA".

Dear friends and partners!
The staff of the company "NIKA" congratulates you on the coming New Year and Christmas! Let the New Year will bring you prosperity, strengthen faith in the future, bring peace, health and prosperity in your family! Let success always be your faithful companion! We wish you joy, patience, harmony, kindness, and good luck! May all your dreams come true! Happy New Year! 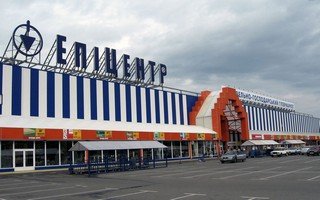 In the new area of the converted hypermarkets "Epicenter" in Ivano-Frankivsk offers visitors updated sections: "INTERSPORT", "Military", "ZOOGRUPPA", "CHILDREN'S PRODUCTS", "TILE SHOP" equipment which has made the company "NIKA" . In the opening days of the buyers are waiting for a variety of events, contests, gifts and entertainment, opened Christmas Fair. 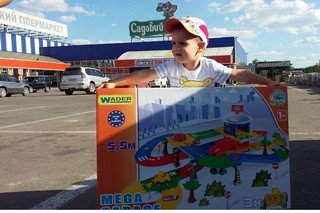 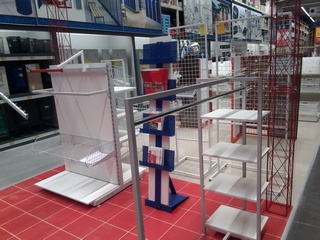 Since December 2016 commercial equipment "NIKA" the company will be sold in department 40 "Metal" in "Epicenter" in Ivano-Frankivsk. The department equipped with display stands, allowing to explore the look and functionality of our products. 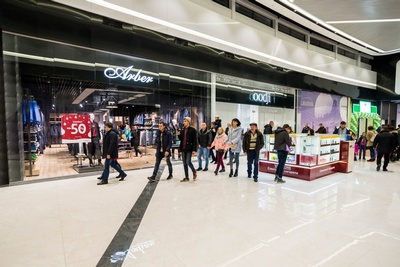 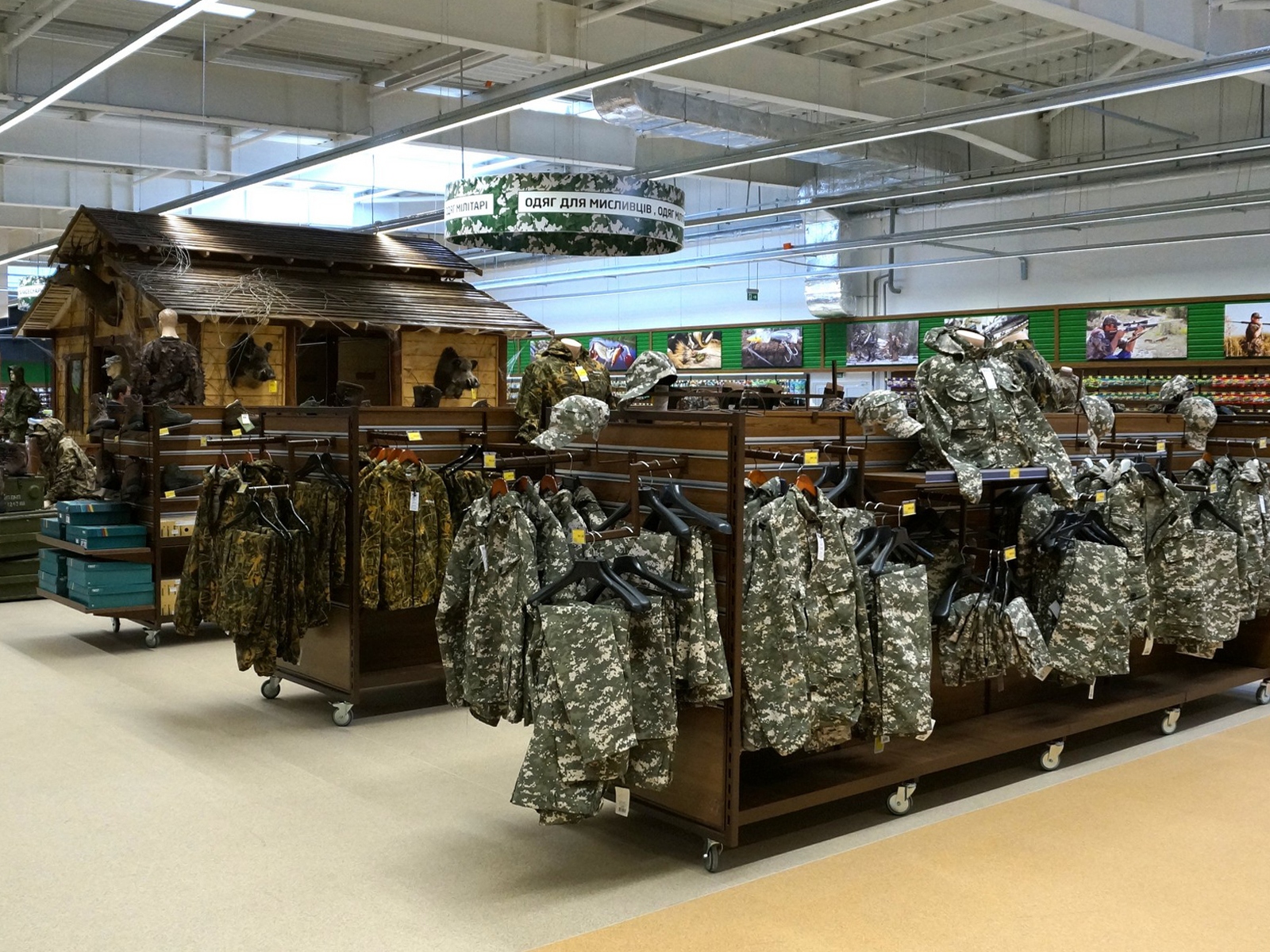 24 November 2016
DEPARTMENT OF "MILITARY" in "Epicenter K" on Borshchagovke

The company "NIKA" manufactured and installed commercial equipment in the department of "Military" in the shopping center "Epicenter" on the street. Crystal, 6. The updated store format will please fans of hunting and fishing. 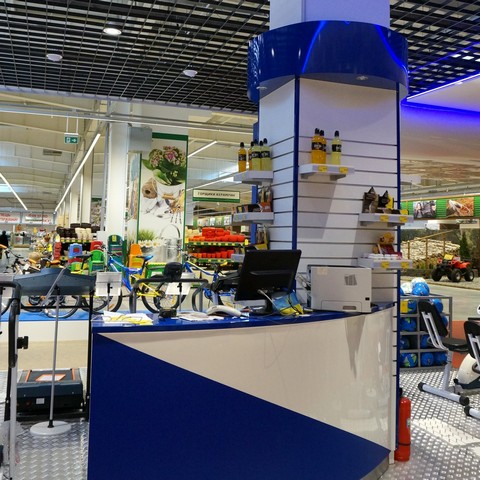 At the end of October 2016 will be the opening sections of the world famous network of sports shops "INTERSPORT" in the shopping center "Epicenter K" in Kiev, Odessa and Lviv. Commercial equipment brand "NIKA" will facilitate the choice of quality clothes and shoes for their favorite sport. 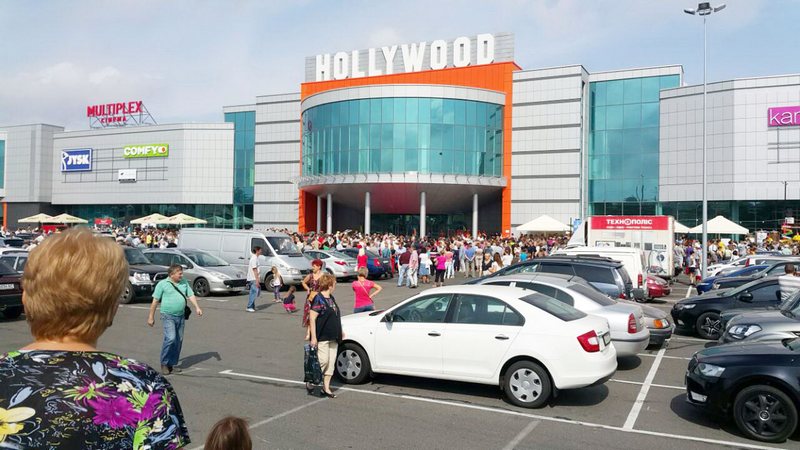 30 August 2016
Opening of the store «PEAK SPORT» in Chernigov

The shopping and entertainment center HOLLYWOOD, Chernigov, one of these days will be opening a new store sportswear and casual wear, shoes and accessories of the Official Sponsor of the Olympic team of Ukraine, the brand PEAK SPORT. Specially company "NIKA" for our regular partners has developed and installed a brand new exclusive commercial equipment. 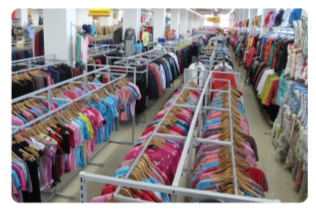 It continues to expand and update a network of non-supermarket format mass-market "territory of the minimum price." Beginning in 2010, a chain of stores represents goods for sports and recreation, you can find there a wide range of clothing, shoes, accessories as well as products for children. Each store retail chain - a modern store for the whole family, which has a large trading area, equipped forces "NIKA" company.