Cooperation with the "Epicenter". New step. 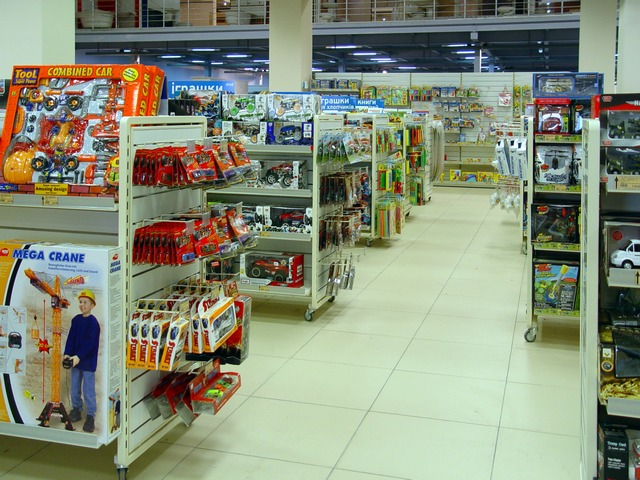 Probably not a single resident of Ukraine , who would not know about the existence of network construction and business hypermarkets "Epicentre" . The company is developing dynamically. These major shopping centers are opening new avenues for buyers , such as cookware , textiles, gifts , baby products , supplies , household cleaning products , sporting goods , home appliances and others.

The company takes in this process actively and directly involved. Already at the end of 2011 the efforts of our team were equipped departments of children's goods in 5 hypermarkets "Epicentre" . In 2012 it was added to another 14 hypermarkets next 10 waiting for their turn in the first half of 2013.

Universal equipment manufacturing company "NIKA" allows you to place any items of children's group : clothes, shoes, toys, food and more. Visit the departments of children's goods in hypermarkets Kiev, Dnepropetrovsk , Simferopol , Ivano -Frankivsk , Donetsk , Odessa, Chernovtsy, or another city of Kharkiv . Here you can buy useful items for your child, but at the same time look to trade equipment . Perhaps you need something like that for your shop.