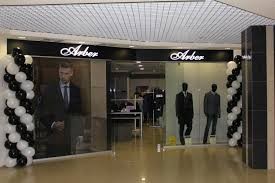 The company "NIKA" the end of May has been manufacturing and installation of commercial equipment for TC Arber - one of the largest manufacturers of men's clothing business in Ukraine.